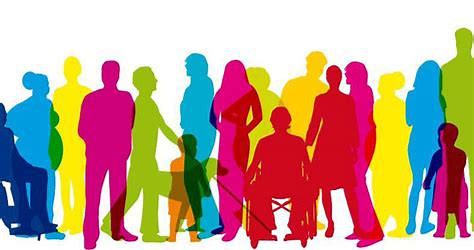 What is a Disability?

The Americans with Disabilities (ADA) and the Rehabilitation Act are two important federal laws that prohibit covered employers from discriminating against qualified employees and applicants with disabilities. When determining whether an employee (or applicant) is covered by these laws, three questions need to be answered:

This blog post will provide information, examples, and resources that relate to the first question.

The ADA and Rehabilitation Act, which share virtually the same definition, prohibit discrimination against employees or applicants with:

2) a record of a disability, or

3) who are regarded as disabled.

The ADA and Rehabilitation Act also prohibits discrimination against employees because of their association with people with disabilities, such as parents, children, spouses, partners, business associates, friends, and other associates.  The U.S. Equal Employment Opportunity Commission (EEOC) enforces the ADA’s employment protections.

Under the ADA, a disability means a physical or mental impairment that substantially limits one or more major life activities.  According to the EEOC, this means that minor conditions of short duration, such as sprains, generally won’t be covered. (Q&A #4).

Decisions about whether an employee or applicant has a disability are made on a case-by-case basis.  Understanding the meaning of major life activity and substantial limitation is necessary to make that individualized determination.

Although decisions about whether a condition is a disability are usually made on a case-by-case basis, the EEOC rules state that the following conditions will “virtually always” be a disability because of how these conditions impact major life activities or functions.  Here is the EEOC’s list at Q&A 19:

Not every medical condition will qualify as a disability.  You can find more in-depth discussion about these considerations and how the EEOC interprets disability here.

If you previously had a disability, you are still protected under the ADA and Rehabilitation Act as a person with a “record of” disability.  A record of a disability arises in two situations:  an individual who does not currently have a substantially limiting impairment but who had one in the past or the individual was misclassified as having a substantially limiting impairment. For example, an employee who is a cancer survivor and is cancer-free and an individual who was misdiagnosed as having an intellectual disability because the evaluator did not do the testing in the native language that yielded incorrect scores would satisfy the meaning of having a record of disability.

“Regarded as” an individual with a Disability

Lastly, a covered entity will regard an individual as having a disability any time it takes a prohibited action against the individual because of an actual or perceived impairment.  Prohibited actions include actions such as demoting, firing, refusing to hire, or denying a pay raise or advancement because of an actual or perceived disability.  For example, if John applies for a management position in his company and the supervisor rejects his application because she heard a rumor that he is living with a bipolar diagnosis and doesn’t think he can “handle the pressure”, she regarded him as disabled.  This is true whether or not John is living with bipolar.

An employer can defeat a claim that they regarded an individual as disabled by showing that the impairment at issue, whether the individual has the impairment or not, is both transitory and minor.  John’s supervisor could not satisfy this defense because bipolar is neither transitory nor minor.  If, however, an employer fired an employee for failing to call in sick when they had the flu, they could likely show that the flu is transitory and minor.

The ADA and Rehabilitation Act excludes from coverage a person who currently engages in the illegal use of drugs when a covered entity acts based on illegal drug use. However, the ADA covers persons who no longer engages in the illegal use of drugs may be an individual with a disability if they have successfully completed a supervised drug rehabilitation program or have otherwise been rehabilitated successfully, or are participating in a supervised rehabilitation program ( e.g., Narcotics Anonymous).  Congress excluded some conditions recognized as mental impairments, such as kleptomania, pyromania, and compulsive gambling.

Here are links to resources about the meaning of disability under the ADA and Rehabilitation Act:

THIS BLOG/WEB SITE IS MADE AVAILABLE BY ACDL AND ITS LEGAL STAFF FOR EDUCATIONAL PURPOSES TO GIVE YOU GENERAL INFORMATION AND A GENERAL UNDERSTANDING OF THE LAW, NOT TO PROVIDE SPECIFIC LEGAL ADVICE. BY USING THIS BLOG SITE, YOU UNDERSTAND THAT THERE IS NO ATTORNEY-CLIENT RELATIONSHIP BETWEEN YOU AND ACDL. THE GENERAL INFORMATION ON THE BLOG/WEBSITE SHOULD NOT BE USED AS A SUBSTITUTE FOR COMPETENT LEGAL ADVICE FROM A LICENSED PROFESSIONAL ATTORNEY IN YOUR STATE.